The Protestant Truth Society sent a leaflet to every Member of the House of Lords and the House of Commons on January 31, 2020, which read as follows:

Britain’s departure from the European Union is an epochal moment in our nation’s history. The Christian faith has been, for centuries, the backbone of the United Kingdom. This brief pamphlet is a plea for a return to that faith. It has sustained us in moments of national crisis and is vital to our country’s future.

The most fundamental reason for a return to the Christian faith is that it is true. Jesus Christ rose from the dead. And if he did then what he said about himself is true. He is God incarnate. He will return to judge the living and the dead. And the Bible is God’s word to us. We must heed what God says. He is our maker and our judge. What he says to us is for our good.

The Protestant Christian faith is central to the British constitution. The 39 Articles of Religion and the Westminster Confession of Faith are the creedal bases of the established churches of both England and Scotland. They define the Christian faith which our monarch has sworn to uphold. But they are both subordinate to the Bible which, as the Coronation service so beautifully says, is the ‘lively [living] oracles of God’. The living God has spoken and continues to speak to us through his living word.

The Bible is vital for our laws. The Ten Commandments express God’s moral law for all humanity. They spell out what it means to love God and love one’s neighbour. The laws enacted by human legislatures are judged by that standard. There are wicked laws. There is a higher tribunal than human legislatures. God determines what is right and what is wrong. We must pass laws that accord with his standards. These standards are for our good. When men and women wilfully rebel against God’s standards they not only defy God but also harm themselves.

Christian standards are important in every area of national life. For our economy to prosper people must work hard and be honest. For our armed forces to operate efficiently our servicemen and women need courage and discipline. For our courts to give justice judges must be unbiased and free from corruption. For our Parliament to be respected its members need integrity and principle.

The Bible speaks to both individuals and nations. An independent Britain will need to address the enormous challenges faced in the world of the 21st century. China, the Middle East and Russia all pose major challenges. But one issue that has been shamefully neglected has been the terrible suffering of Christian communities in the Middle East. It is a moral duty of this new Parliament to do all that it can to ensure that Christians in the Middle East are able to meet and worship without fear of death or persecution. Holocaust memorial day is a timely reminder of the terrible suffering of the Jewish people whom it is our duty to support both in our own country and their homeland.

The Christian faith has major implications for the government and legislation of nations. Monarchs, presidents and prime ministers will all, ultimately, answer to God. He is our final judge. Yet the Christian faith is also intensely personal. We are all sinners. And an honest examination of our conscience will confirm that we have not lived up even to our own standards. The higher and more important truth is that we have failed to meet God’s standards. We have broken his laws. We are guilty before him. But Scripture teaches us that if we repent of our sins and put our faith in his only begotten son Jesus Christ, God will forgive our every sin—however guilty we may be.

God has saved our country in times past at moments of great national crisis. During the evacuation from Dunkirk George VI commanded a national day of prayer. And our armed forces were miraculously delivered. The God who has spoken to us and still speaks to us through his living word has delivered this nation in the past. If we turn to him now – personally and nationally – then we will know his blessing. And Britain will be a powerful force for good in the troubled world in which we now live. 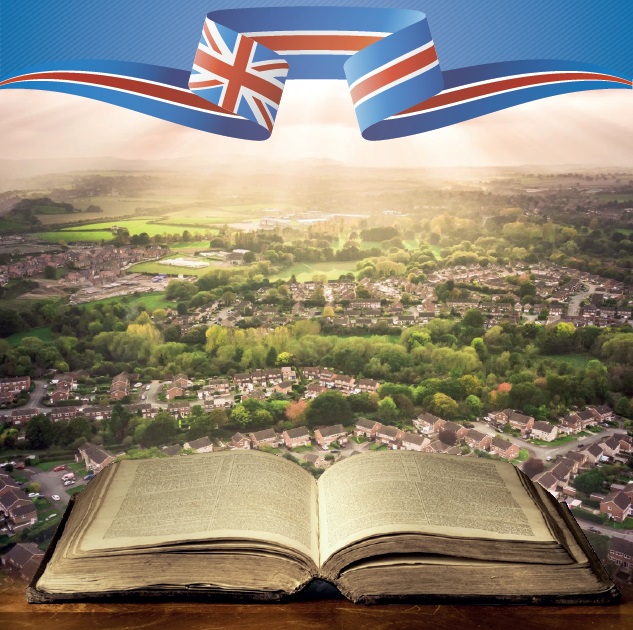